A primary hypothesis that drives scientific and engineering studies is that data has structure. The dominant paradigms for describing such structure are statistics (e.g., moments, correlation functions), signal processing (e.g., convolutional neural nets, Fourier series), and linear algebra (e.g., matrices and eigenvalues). Topological Data Analysis (TDA) is a field of mathematics that analyzes data from a fundamentally different perspective. TDA represents datasets as geometric objects and provides dimensionality reduction techniques that project such objects onto low-dimensional descriptors; such objects arise in data science applications in the form of point clouds, manifolds/functions, or graphs. The key properties of topological descriptors (also known as topological features) are that they provide multiscale information and that they are stable under perturbations (e.g., noise, translation, and rotation). In this work, we review the key concepts and tools of TDA and discuss how these can be integrated with machine learning (supervised and unsupervised). We also show how to use these capabilities to analyze complex datasets arising in flow cytometry, sensing, surfaces, chemical processes, and molecular dynamics.

Victor M. Zavala is the Baldovin-DaPra Professor in the Department of Chemical and Biological Engineering at the University of Wisconsin-Madison and a senior computational mathematician in the Mathematics and Computer Science Division at Argonne National Laboratory. He holds a B.Sc. degree from Universidad Iberoamericana and a Ph.D. degree from Carnegie Mellon University, both in chemical engineering. He is on the editorial board of the Journal of Process Control, Mathematical Programming Computation, and IEEE Transactions on Control Systems and Technology. He is a recipient of NSF and DOE Early Career awards and of the Presidential Early Career Award for Scientists and Engineers. His research interests include computational modeling, statistics, control, and optimization. 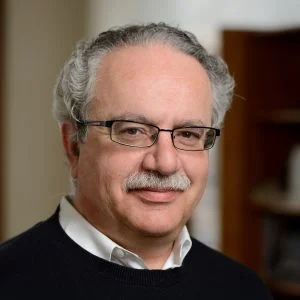 Yannis Kevrekidis, Bloomberg Distinguished Professor in the departments of Chemical and Biomolecular Engineering and Applied Mathematics and Statistics and in the School of Medicine’s Department of Urology, pioneered the approach known as "equation-free computation." He is a member of the National Academy of Engineering and the National Academy of Arts and Sciences, and he has been a Packard Fellow, an NSF Presidential Young Investigator, and a Guggenheim Fellow. He holds the Colburn, the Wilhelm, and the Computing in Chemical Engineering awards of the AIChE; the Crawford Prize and the W.T. and Idalia Reid Prize of SIAM; and a Senior Humboldt prize. He earned a bachelor’s degree in chemical engineering at the National Technical University in Athens and a PhD at the University of Minnesota’s Department of Chemical Engineering and Materials Science. He arrived at Johns Hopkins in 2017 after serving as the Pomeroy and Betty Perry Smith Professor in Engineering at Princeton University.